After what seemed like the blink of an eye, the guys reached the Trans-Canada Highway. This strip of asphalt took them clear across Canada to Lethbridge Alberta, where they turned south into the United States.

Weather in Northern Ontario never seems quite right, and this time was no exception. To their surprise, it had gotten quite cold. Coming from high humidity 35 degree C weather in the Greater Toronto area, it quickly dropped to 14 degrees C with light rain as they passed by Elliot Lake. Being prepared though, the team stopped and switched into pants and jackets and would remain that way almost clear across the country. 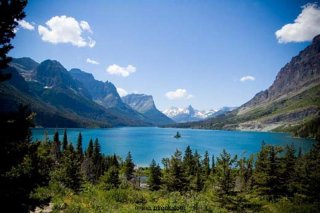 A quick check of the GPS gave the indication that everything seemed to be going smoothly. Dion looked in the side-view mirror at a quickly approaching transport truck, and suddenly saw a black object flying through the air behind them. The transport truck swerved slightly but too slow, and ran over the object. Dion, in a slight panic, looked at Derek with a horrified look and nearly yelled “We gotta stop! I think we lost a storage bin and a truck ran over it!!” Derek’s face turned a few shades lighter while the guys pulled the rig over. They looked at the roof rack and noticed immediately that a spare tire came loose and came off. They turned around to find that a good motorist pulled the tire off the road for them. Dion and Derek picked it up and proceeded to a logging trail where they worked in the rain to replace and firmly secure the spare tire.

Later that day, with Derek driving in the pouring rain through Northern Ontario, Dion fell asleep. The split second Dion awoke the first and last thing he saw was a rock the size of a snooker ball flying through the air and slamming into the windshield with an astounding BANG. Dion opened his eyes after the collision, looked at Derek, and then looked at the windshield. No damage? Derek was laughing in a nervous way. Dion was blurting out loud about how he thought his head had been taken off by “That giant boulder,” and Derek was laughing and talking at the same time, describing how the moment went “into slow motion” as this huge geological ball flew through the air.

A little foreshadowing? Tales of things to come? Only time would tell.

It was getting late and the two were getting tired. Fifteen hours on the road, and they were just reaching Lake Superior Provincial Park. At the park, they set up camp for the night and enjoyed a quiet night under the stars of a Northern Ontario sky. The view was awe-inspiring to say the least. Millions upon millions of stars seemed touchable, but in reality they were millions of light years away. Nonetheless, it was an incredible sight to be seen. 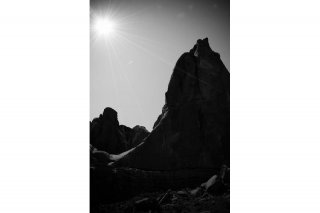 Morning broke, and the guys set a goal to arrive in Winnipeg Manitoba after a brief check with the GPS data. Driving out of the Provincial Park, the Jeep received a few looks, and the team ventured further north around the weaving, undulating roads of northern Lake Superior towards Thunder Bay.