You are here :Home The Campfire What Is The Future of Fuel?

For most people, the future is a distant and far off idea that while relevant and important, rarely takes precedence over the past and the present.  Case in point:  Recently, the problems facing the world’s energy needs were ‘concerns’ but not particularly at the forefront of most peoples’ minds.  Then came Hurricane Katrina, the sixth-strongest Atlantic hurricane and the third-strongest hurricane to fall onto land in recorded history. Its effects, as ravishing and destructive as they were along the gulf coast of the United States, have also impacted our nation’s economy and supply of domestic crude oil, and have continued to play a significant role in the price per gallon we  pay at the pump today. 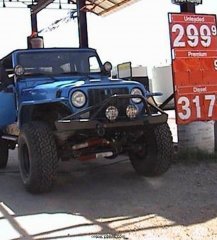 Of course, the resources we use to fuel our enormous need for energy (the United States is the largest consumer of energy in the world) can first be attributed to the first oil wells ever drilled, which were located in China around the fourth century.  At that time, oil was extracted through antiquated means, most notably through the use of bamboo pipes that penetrated the earth’s surface.  Once extracted, the oil was used to burn brine and produce salt.  Oil was also used for medicinal purposes and, in the case of those who were in the upper levels of society, oil was also used as a source for lighting, thus beginning the first documented case of oil use as a means for providing a source of energy.  Fast forward some nearly fifteen  hundred years to 1846 when the discovery of the process of refining kerosene from coal occurred in Canada, and several years later in Poland through the use of petroleum.  Then, in 1859 when Edwin Drake discovered oil in Pennsylvania, the American petroleum industry officially began.  From that point forward, the value of fossil fuels as a viable source of energy helped create a whole new era of thinking, and the industrial revolution as we know it began.

Today, studies show that nearly 90% of all vehicular fuel needs are met through the use of petroleum products.  At the same time, reserves of crude oil continue to dwindle with consumption at an all-time high. As such, the reality of petroleum products and their long-term inability to sustain the high demands of energy consumption have become a significant source of controversy  on the world stage.  In the meantime, fellow ‘JPFreeks’ and outdoor adventurers are feeling the pinch at the gas station with no discernible end in site.