You are here :Home Jeep Adventure Team JPFreek Takes on the Rebelle Rally Why be a Rebelle? 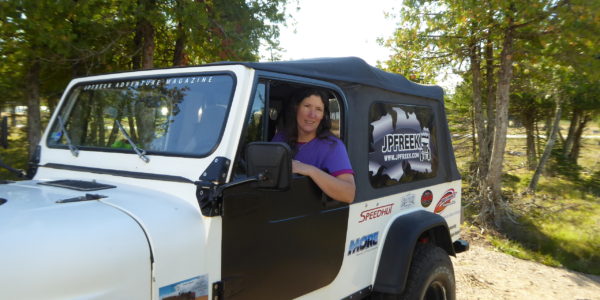 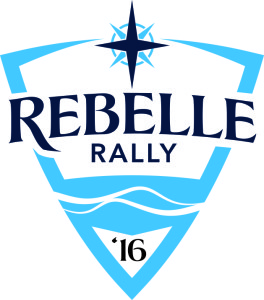 by Julie Covert, driver for Team JPFreek – From the October edition of the Drummond Island Digest

The Rebelle is a journey, undertaking, movement, adventure that is a culmination of my passion, and the passion I know resides in many women like me. Not just like me… But with a kindred spirit. The Rebelle Rally is a result of the vision and quiver of experiences from a life lived by a code of work hard, play hard, and characterized by a dose of elegance infused with a little “rough around the edges.” Its flavor is All-American, and a personality all its own but with appreciation for all the lessons gained along the way. And it’s just beginning. It will morph, it will evolve, but make no mistake, its the Rebelle.” – Emily Miller, Founder of the Rebelle Rally, an all-women’s 1242 mile off-road rally.

When I was seven years old my father allowed me to stay up past my bedtime to watch television with him. My sister and I were not allowed to watch much television, so I knew that something was going to be special. After Rachel was put to bed Dad and I went to the living room where he told me that we were going to watch the last soccer game of the greatest soccer player, Pele. Dad told me that Pele had learned to play soccer as a young boy in Brazil and had scored more goals ever than anyone else. At that young age I could not fathom how significant and influencing it would be to many aspects of my life.

A couple years later I spent the afternoon with a classmate. Denise was going to try out for the little league baseball team’s cheerleading team so I practiced cheers with her. That evening I announced to my parents that I wanted to tryout to become a cheerleader.

The answer was simple. “I don’t like playing baseball.”

“What if there was something else you could play?” Dad asked. “Be part of the game rather than just standing on the sidelines?”

“What about playing soccer?” He responded.

“Really?” Memories of Pele running the soccer ball down field and scoring came rushing back to my vision.

“Sure, there’s a youth soccer team that you and Rachel could play on and be part of the team.”

From fourth grade throughout high school I played soccer and loved it. At the age of 15 when I got too old to play on the little league team, I coached my peers and played as the only girl on the boys’ high school soccer team (there was no girls’ team.) Even though I did not call myself a rebel, I knew many of my friends thought I was one who did not hesitate to defy the norm.

My parents, and especially my father, always encouraged me to learn and figure out the how and the why of things. When I got my driver’s license my dad and my boyfriend taught me how to fix my car. Dad showed me that it was not impossible to convert an automatic transmission to a manual one in the Subaru that I had just gotten for a great price, because it needed a new transmission. From them I learned how to bleed brakes, gap spark plugs, adjust the timing, and more. Grease under my fingernails was a badge of honor for me rather than an embarrassment. I guess I was just becoming more of a “rebelle.”

Twenty-five years later found me learning how to live off-the-grid on a remote island off of Drummond Island. Splitting wood, driving a boat, and using a winch became everyday events. And so did driving a Jeep offroad. Winters require us to drive three miles on two-track and dirt road, often unplowed, to get to pavement. Four wheel drive, universal joints and locking differentials were common parts of dinner conversation.

So this past November when the editor of JPFreek Adventure Magazine, Eric Walton, asked me to drive for Team JPFreek in the inaugural Rebelle Rally, I did not hesitate to say “Yes!” At first the reason I wanted to do it was as a personal challenge – to put all the skills I had learned during the prior five years to the test. Driving on dirt roads and sand dune trails for seven days, while camping out each night, sounded like a grand adventure. I had never explored the eastern part of California, and here was my opportunity.

My teammate, Jennifer Peine and I began fundraising and getting the Jeep ready. As I talked with family and friends and strangers about this new all women’s event that we were going to participate in, I began realizing that not many women thought they could do something like this even though they were very capable of it. My reason for participating in the Rebelle Rally expanded to wanting to show women that the only limits in life are the ones they place upon themselves. 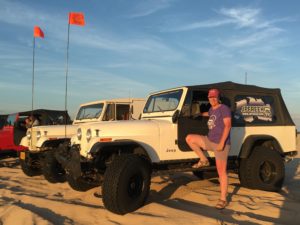 Julie and the Team JPFreek Scrambler during training for the Rebelle Rally!

This summer I went to Sandblast, a family-oriented Scrambler Jeep event, at Silver Lake Sand Dunes in Silver Lake, MI. My objective was to learn how to drive on sand. A significant part of the Rebelle Rally will be in the sand dunes of California and I had no experience with sand.

“But warmer,” chimed in my husband Hugh.

Yes, it turned out that driving in sand is very similar to driving in snow. The key to both is don’t stop until you get to a place where you know you can get started again.

One evening at Sandblast the women were at the picnic table visiting, while our husbands talked shop with their heads under a hood. While we were chatting I had an interesting realization about why many women only ride and don’t drive. I knew that it did not apply to all women, but it does to many.

A lot of women do not get the chance to learn how to change a tire let alone fix brakes. When their husband is working in the garage she is often the one taking care of the kids and making supper. When he is the one who has spent countless hours replacing parts and repairing broken tie rods, he is often reluctant to have someone else get behind the wheel in a situation where something might break, because he is the one who will have to fix it. So it is easier on the relationship and the Jeep for her to document the trip and read the map.

However it works best if one is willing to get behind the wheel and if something breaks be willing to get greasy and learn how to fix it. While learning how to fix something, I learned how it worked. Knowing how something works, such as the transfer case or rear differential (stuff the guys like to talk in code about, such as 4:1 or Dana 30), allows me to be a more confident driver.

I can distinctly remember the first time I got stuck in a deep puddle. Hubby was at work and friends were visiting. It was a beautiful day for a Jeep ride, until my Jeep stalled in a puddle and the starter wouldn’t work. Another Jeeper came along and offered to help me. Due to the drenched old starter, we turned my Jeep around – think 8 point turn with a winch on a two-track – and pulled me back through the puddle that I had just come out of. Back on dry trail he pulled me so I could pop the clutch to start the Jeep back up, which fortunately it did on the second try. I was proud that I was able, with help, to get it going again and back on pavement. However my husband was not quite as proud; he was thinking about all the water that had possibly leaked into the transmission, axles, and transfer case and how all those fluids would need to be replaced along with probably having to repack the wheel bearings. It was a great learning lesson for me in many ways.

Would he ever let me drive the Jeep again, by myself? I wasn’t sure. Time passed and many dinner table lessons later I was driving again by myself. I was more confident because I knew more about how and why things worked the way they did. Dad had always encouraged me to be inquisitive and not hesitate to give something a try, such as playing soccer. Now I was finding that watching Pele play all those years ago was still influencing me in my forties to be willing to do something different, to defy convention. 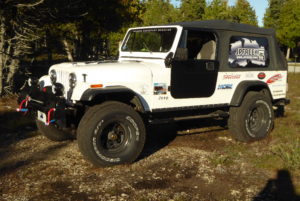 Although I really enjoy navigating and taking photographs, it’s fun to accept the challenge of figuring out how to negotiate the best way to get from Point A to Point B. It’s so rewarding to be able to say “I did it!” and know that next time I could set the bar higher.

Getting behind the wheel and taking on obstacles also helps reduce white-knuckle syndrome. By driving I have learned and better understand the forces necessary to make things happen, break, tilt, or roll over. This has allowed me to relax in the passenger seat when Hubby is negotiating a steep climb or v-notch.

Being more comfortable with a wrench in my hand and being in the driver’s seat gives me more confidence to accept challenges. Now I had another reason to compete in the inaugural women’s-only Rebelle Rally – to inspire other women that they are capable of doing something like this.

How will you know whether or not you can do something, until you try?