You are here :Home Featured Jeep Photochops – Know Your Clickbait 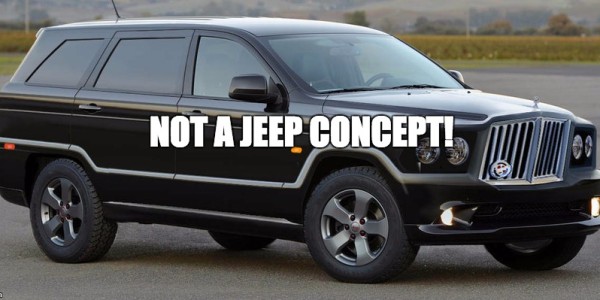 “Clickbait” is a popular term that has a number of definitions. Sometimes it appears as the combination of a legitimate headline with an image that doesn’t match or actually represent the headline and story to entice people to click through to the site, only to find the truth after having increased the site’s traffic by one click.

One example of clickbait using a real photo is the new set of rumblings lately about a Jeep pickup coming back. We’ve lost count of the number of articles which used an American Expedition Vehicles JK Brute Double-Cab as the featured image, many without mentioning that the image had nothing to do with the rumored Jeep pickup. Do we wish it was true? Sure! But the number of people we saw commenting on the stories or links to the stories who clearly thought the author was saying that the Brute was the new pickup concept was disturbing.

“Photochop” is another common term generally meaning a photo or image that’s been digitally edited and therefore, in terms of Jeep images, doesn’t represent an actual vehicle and didn’t come from Jeep. These are prime clickbait fodder.

There’s a ton of talented digital artists out there who create amazingly realistic images and we love seeing them. Sadly,  the nature of the internet makes it very easy for these to get saved off and end up presented in a way that makes them seem to be official Jeep concepts. These are what we’ll focus on here.

We just experienced this in actual, in-person conversation: “Did you see the new Grand Wagoneer concept?!? It’s awful!” and when we dove into what they saw, it ended up being an unofficial photochop. (The title image for this article, actually, which we labeled so as not to spread further confusion when this article is linked.)

For the record, we know that there’s irony in making a post about Jeep clickbait, but we’ve gotten so sick of seeing it happen that we had to try to help people identify it in the future. We figured that if we called out clickbait in the title and did a meme for the main image, we can’t possibly be seen as misleading anyone.

To be 100% clear, there’s nothing at all wrong with these pieces being created and shared as photochops, we love them! It’s simply that they’re often being used in a misleading way by websites and authors such that people are being fooled into thinking that they’re actual Jeep concepts for the sake of generating web traffic.

So without further ado…

She’s also done some other cool chops that we see often without sufficient explanation as chops: 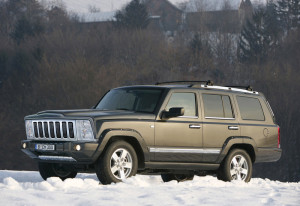 A “Commandoneer” photochop. This one looked more likely/realistic to us than the Durangoneer, but the platform is toast, and it’s a chop so… 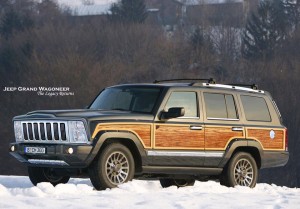 This was our favorite photochop of the three. Woody chop FTW. 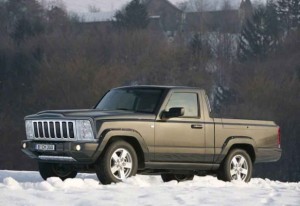 And a J10 remake photochop, just because…

Our hats are off to Susan/suzq004-chopartist for her most excellent work, but don’t be fooled when folks throw these around before there’s actual photos of the new Grand Waggy or the supposed Jeep pickup.

One of our all-time favorite Jeep concept vehicles is the Mighty FC and we even got a chance to ride in it after the Bantam Jeep show a few years back. We’d be at the front of the line if anything remotely close was to ever hit a Jeep showroom even though we really need a crew-cab version for the sake of practicality.

So when this photochop of Jeep’s preview photo of the Mighty FC showed up done in the style of the super-rare original FC vans (M-678) but with extra doors, we were drooling all over the keyboard. We haven’t been able to track down the source of this photochop, but we love them for doing it, whoever it was. 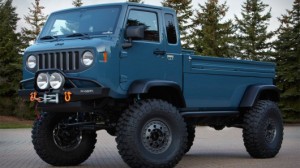 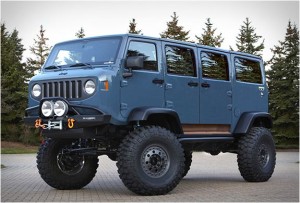 It’s highly unlikely that anything close to the Mighty FC will ever be for sale and you can forget about the van, but at least you’ll know that the van wasn’t something Jeep even drew up — even if they should have!

Another incredibly talented vehicular artist is Theophilus Chin, who posts all manner of awesome vehicular photochops on his website, including Jeeps. He’s done two takes on a Grand Cherokee pickup that we like and one Hellcat SRT8 Grand before it was a real thing that’s simply amazing. All of them have made the rounds online, but particularly the Jeep pickups below. He generally tags his images with his URL to make it harder for folks to pass off, but it still happens. 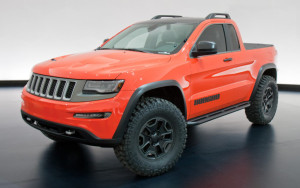 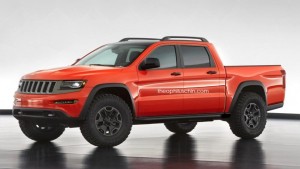 UPDATE: On the very day that we were set to post this article, a new story with the a headline about Jeep “just” having “re-released” the Cherokee Chief. It even uses the term “the 2015 Jeep Cherokee Chief” in the article. It’s about the concept vehicle Jeep revealed at EJS in March (we were there, here’s our article after we drove it) and is not using a photochop of anything, but this is another type of clickbait that pretty much outright lies to get clicks to their site. A “release” would indicate they were selling it, to our thinking, and the use of “2015 Jeep Cherokee Chief” as if it was the same as, say, the “2015 Honda Accord” is just wrong.

Forgive the rant, this kind of thing simply enrages us.