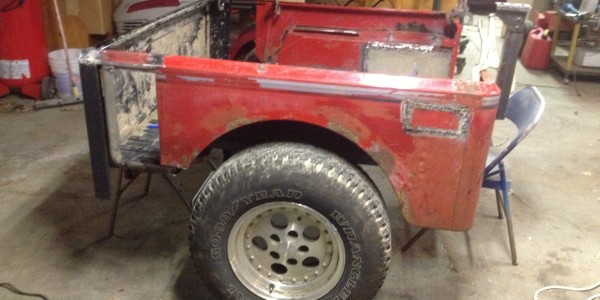 I have wanted a matching Jeep trailer to haul my camping supplies and spare parts for quite a while. This is my first major project combining leftovers and junk to try and make something useful. So far, the total investment is less than $100 for Phase 1.

It all started when I was offered a CJ-7 tub that was going to the scrap yard due to rust. I figured “How bad could it be?” Maybe I could salvage it to use for a trailer. I knew that I wanted a low investment, so this was perfect. Once it was home, more than a few times I threatened to recycle it, but an S-10 box came my way that was rusty on the outside but pretty solid on the inside. After some head scratching, I decided that the two would become one. 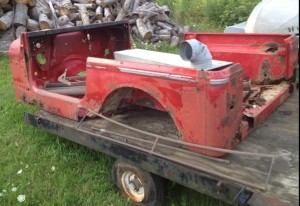 I took a 5″ grinder to the tub and ended up with basically two sides that have rust and dents.
The Jeep tub sides had to have a patch panel added, so I bent a 1″ flange on some sheet steel and tacked them in. 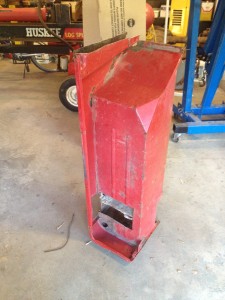 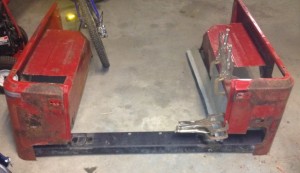 I then laid out a working plan for the box and proceeded to cut it into a rough layout of the size I wanted. A Jeep Tub is approximately 59 1/2 inches wide outside-to-outside, The S-10 box is 59 1/2 inside-to-inside so it was close enough. 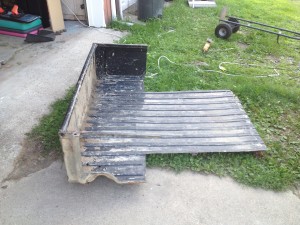 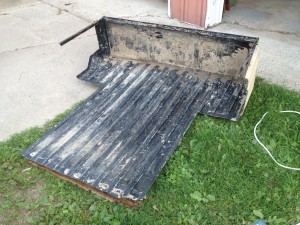 Once I had the pieces clamped into place, I started tacking it all together. I used the door openings pieces to fill-in and tie into the box front. In the pictures, the tire is sitting to give proportions and the patch panels are tacked in. 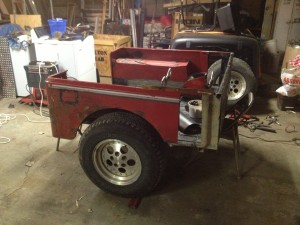 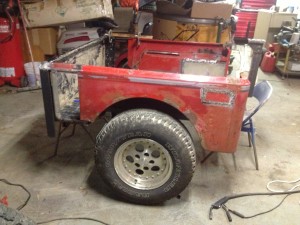 After making sure it was square, I added a 1 1/2 x 1 1/2″ angle iron frame to add some rigidity, and put some supports into the tub sides to stop them from flexing. 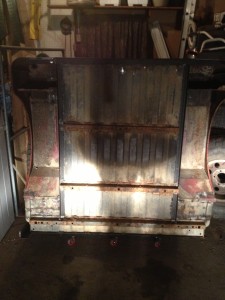 I have finish welded the trailer and added diamond plate corners and tailgate. The tailgate I made from some 3/4″ X 1 1/2″ tubing and used factory hinges and some panel locks for tailgate latches. I mounted it to the trailer which is phase 2. I am waiting until its all mounted to do any body filler to save on rework. 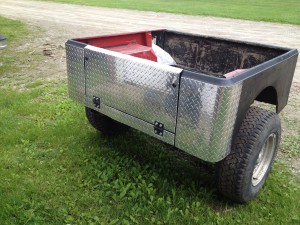 I still have to install the TJ flares, the Jeep tail lights and license plate frame. I am also going to mount the spare tire to the front of the trailer. More to come…

We’re late posting this, but David won the May JPFreek Field Reporter Program giveaway, winning a $50 gift card from ExtremeTerrain.com