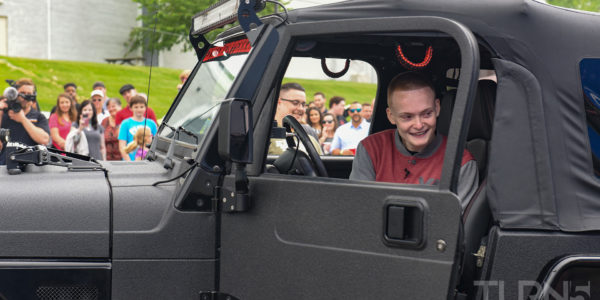 JPFreek is proud to share how our friends at ExtremeTerrain went above and beyond to do a frame-off rebuild of a Jeep TJ for a deserving Jeeper through Make-A-Wish®. This is pure awesomeness right here…

PAOLI, Pa. (May 12th, 2018) – For quite some time, Wrangler aftermarket parts company ExtremeTerrain (XT) has teamed up with Make-A-Wish®, granting wishes to recipients who have had a rough past due to family or health issues. At Turn5, (the corporate HQ to XT,) at their annual company block party, founders and members of the XT team revealed a Make-A-Wish build of epic proportions to a deserving, young recipient named Earl, in grand fashion. Earl’s 2002 Wrangler Sport was in massive need for repair, and the team over at XT pulled out all the stops to ensure Earl’s day would be made. Many of XT’s vendors and affiliates like Teraflex, Rugged Ridge, Malvern Collision, and M&A Upholstery donated parts and/or labor to make Earl’s wish for a dream Jeep Wrangler to come true. XT Video host Ryan Huck also played a critical role in the TJ’s transformation:

“I’ve worked on a lot of Jeeps, but this is by far my favorite TJ build. I had the pleasure of meeting Earl.  He is a great guy and very deserving of this Jeep. I hope he has much fun driving it as we had building it for him.” -Ryan Huck 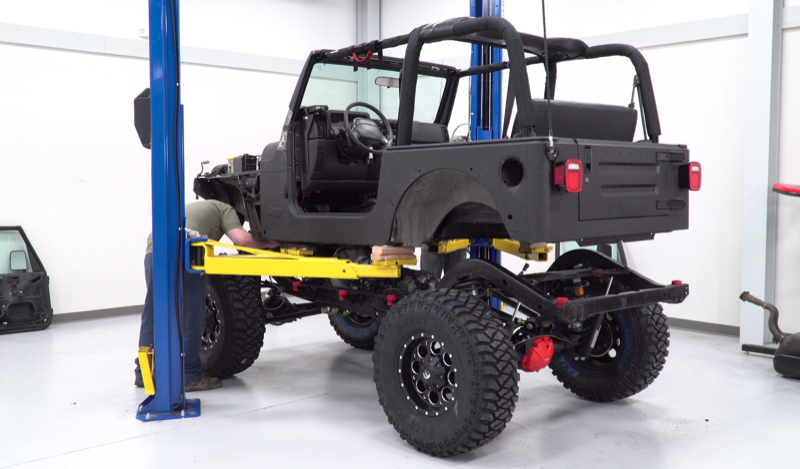 One of the most important things to note regarding this charity build is that this was not just some fly-by-night, “Pimp-My-Ride” type build, where the mods are made up and safety doesn’t matter. This is more appropriately classified as a “frame-off” restoration, with close to 500 man-hours invested, turning it into a fully-built, off-road capable machine.

When the ExtremeTerrain team unveiled Earl’s rebuilt TJ, he was astonished. Unsure if it was the same Wrangler he handed over, Earl examined the TJ from top to bottom, pointing out all the upgrades and improvements at the XT team made. It’s safe to say that Earl’s wish came true, and we were thrilled to play the role that we did for this deserving recipient.