You are here :Home The Campfire LEGO Jeep JKs you can make happen! 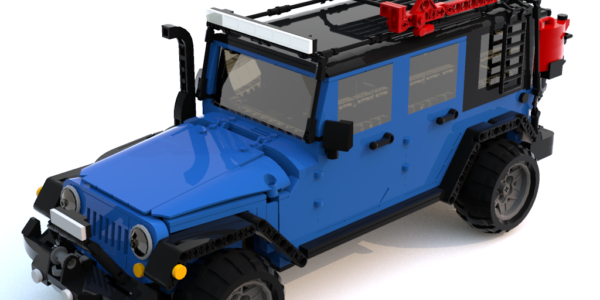 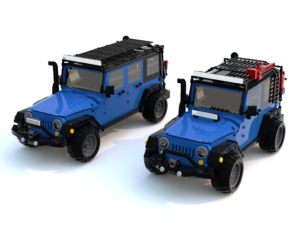 Both versions of the LEGO Jeep Wrangler JKs have everything that you might expect from an actual Wrangler, just on a LEGO scale. The exterior closely resembles the original with details down to a removable three panel hardtop. 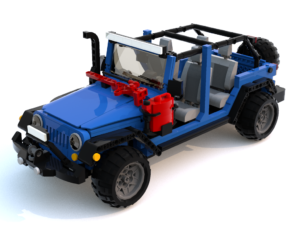 Rommel submitted the design for the Unlimited version to the LEGO Ideas team last year on December 3. By December 9, his first project reached the first milestone goal 100 supporters. LEGO Ideas projects have 60 days to reach a goal of 100 backers. Once submissions receive that initial backing, LEGO extends the window to one year to receive 1,000 supporters. Ultimately, projects need 10,000 supporters in order to be officially reviewed by the LEGO design team.

As of writing this piece, the Unlimited version has 513 supporters with 276 days left to reach the next 1,000-supporter goal.

The 2-door version has 1450 lego bricks, it includes all the accessories as the unlimited version has, recently Rommel has updated this version including the half-door look, and also the no-door version. 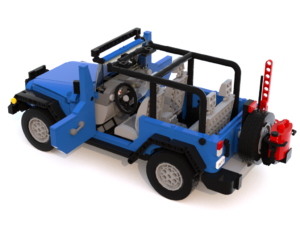 Rommel’s idea for these two models is that the Jeeps can be customized just as the actual Jeep Wrangler JK is, so everybody could create their own bumper, racks and so on.

To support these awesome LEGO Jeep projects please click on the links below. To vote, you register first, it will not take more than 2 minutes.

Here’s the link to support the Jeep JKU Unlimited model

Check out these great photos of the two LEGO Jeep JKs