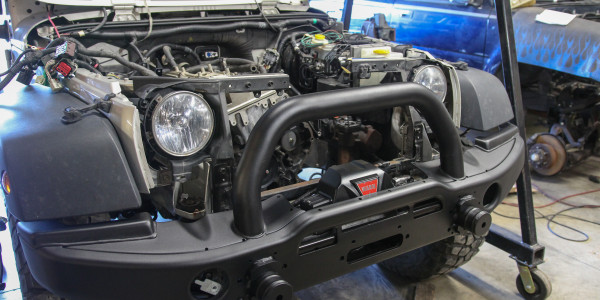 The build of my Africa-bound JK Rubicon is really coming along, with progress in a lot of different areas.

The engine bay of the JK was never designed for an inline 6, so we’re short on length, one of the biggest challenges of this conversion.  We’ve had to move the radiator forward a couple of inches, and changed over to the fan and shroud from the newer 2012+ Pentastar 3.6, which is shorter and moves a lot more air. 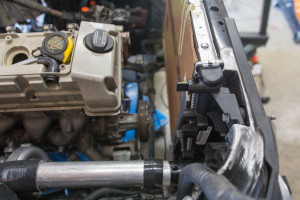 The radiator had to move forward, recessed into the core support

Ron from NorthwestDieselOffroad.com has fabricated a 3″ exhaust all the way from the turbo back. 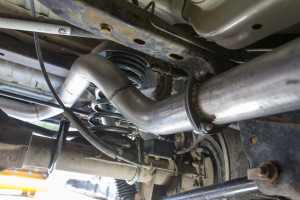 We’ve built a 3 inch exhaust all the way back 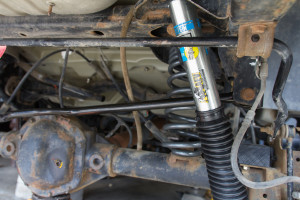 I’ve been replacing and cleaning various parts of the Mercedes OM606 3.0 engine going into my Jeep: 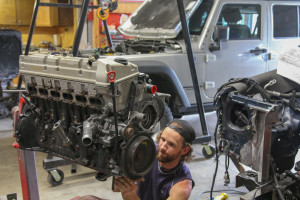 Modifying the stock cluster was one of the more fiddly jobs to be done – having a glow plug light will be great for cold starts – not that I anticipate many of those in Africa: 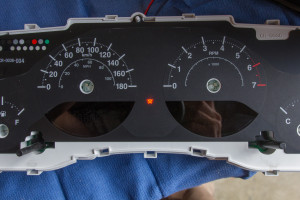 With a well-placed LED, the stock JK gauges have a glow plug overlay

Without computer control, gauges are a must to monitor the engine, especially in the 120°F+ temperatures I expect to encounter in Africa. The AutoMeter Sport Comp II Gauges are an almost-identical match the stock JK cluster. I’ve added Oil Pressure, Exhaust Gas Temperature (EGT), Boost, Fuel Pressure and Volts. 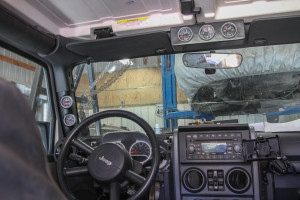 I built a center gauge pod with boost, fuel pressure and volts. EGT and Oil Pressure are on the pillar

We did a quick test fit of the Warn Zeon 10-S Winch and AEV Front Bumper, looking for space for an external oil cooler. With a big intercooler in front of the radiator, it was decided there is no room up front, we’ll have to mount it elsewhere. 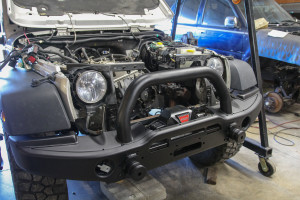 Lots more to come on the build, I’m getting really excited to fire it up for the first time and put it through it’s paces.