Thanks to JPFreek Kyle Kelly,  we are able to share these photos of testing, photographing and filming a new 2015 Jeep Renegade Trailhawk at the Silver Lake Sand Dunes in Michigan recently. There was quite an entourage following the new little Jeep around, including a helicopter for arial shots. 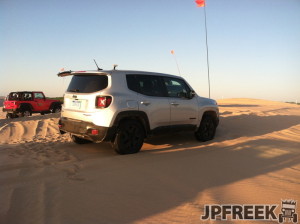 As a Trailhawk model, it was powered by the 2.4L Tigershark engine and Kyle reports that Jeep appeared to bomb it through the water pools that dot the park pretty hard. So much so that they appeared to rip off the front fender flares (if you can call them that) at some point in the testing.

While Jeep purists and hardcore fans may be quick to dismiss the Renegade, we think this may be the vehicle that saves the Wrangler. It looks set to provide the sales and marketshare increase that Jeep needs in order to invest in bringing the Wrangler options and configurations that folks have been begging to see for years. When you compare the Renegade to the other vehicles in it’s segment, it looks like pitting a Rubicon Wrangler against a Ford Explorer.

While we’d prefer to see a Mighty FC, Gladiator or  SRT8 Wrangler with a Hemi and 40s roll onto showroom floors, we still think the Renegade is going to be a huge win for Jeep and it’s great to see them putting one through its paces in the sand. Thanks again to Kyle for sharing his photos with us. 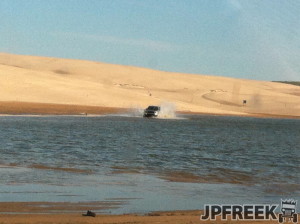 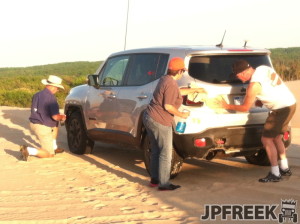 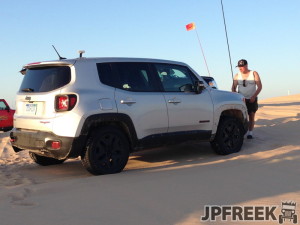 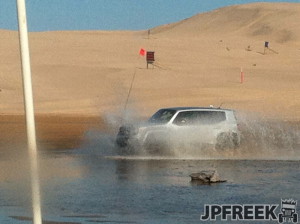 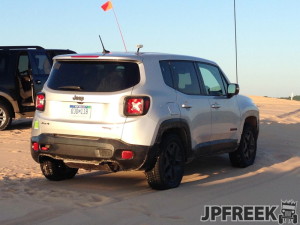 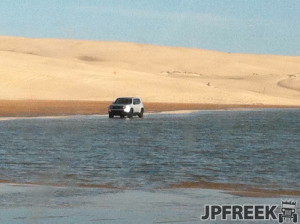 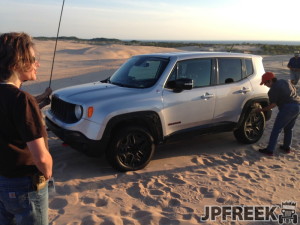 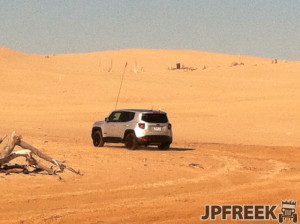 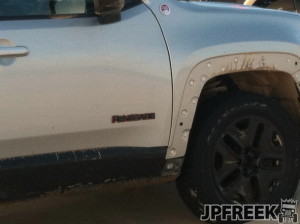 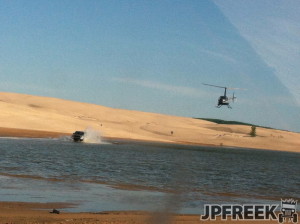 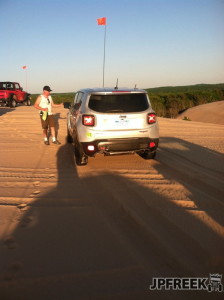 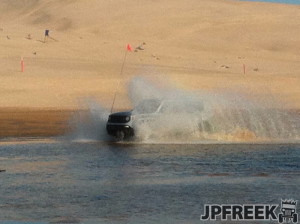 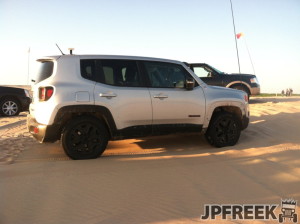