You are here :Home Freek Gear Freek Rations A Dinner in the Woods 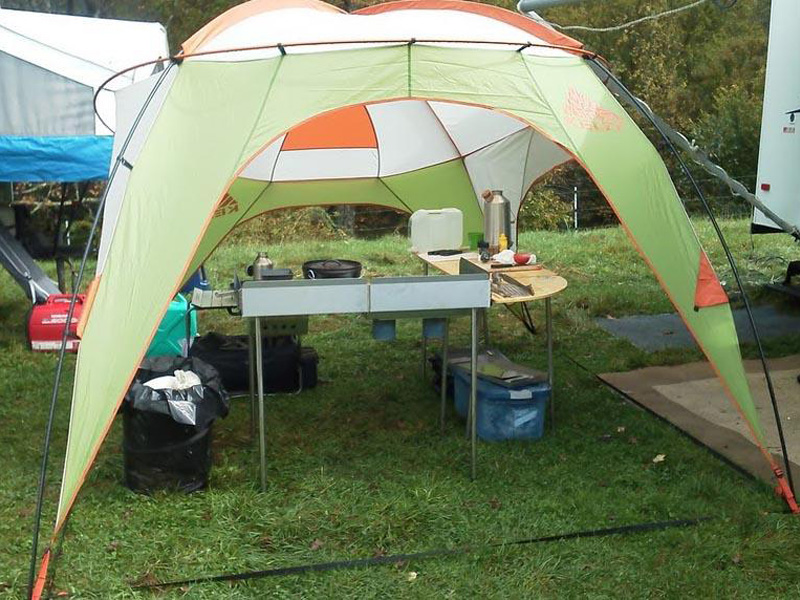 Just because you’re in the backcountry doesn’t mean you have to eat like it.

Last weekend we had the opportunity to attend the Overland Rally in Springfield, Vermont. The venue was fantastic and scenic with lush mountain views and raging rivers, an appropriate setting to prepare a meal for the group that would be equally fantastic.

The centerpiece of the menu was a Filet Mignon with Au jus and was complimented by sautéed broccoli, brown and wild rice, as well as squash and zucchini sauté with onion. 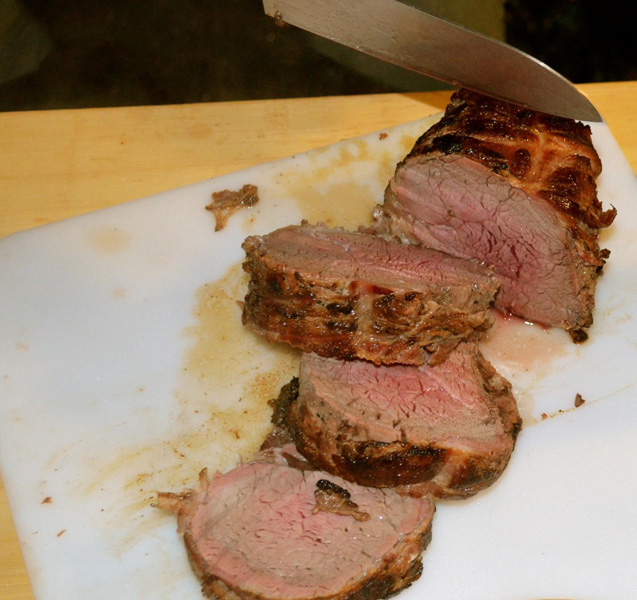 Prep was based on the following:

We purchased a beef tenderloin and butchered it into two finished roasts, followed by cutting the remaining pieces and setting them aside. The two roasts were then wrapped in bacon and bound in butchers twine and then placed in our Engel fridge to chill. The cut off pieces of the tenderloin that remained were then placed in a dutch oven with water and garlic and boiled at a temperature of approximately 350° F to produce a fresh beef stock. The stock was then set aside and the beef trimmings disposed of. We were then ready to cook!

Our Snow Peak kitchen with double burner stove, bbq box, and dutch oven tray was then setup to give us our platform for actually cooking this delectable meal. Coals from real wood charcoal were prepared and placed in the bbq box. 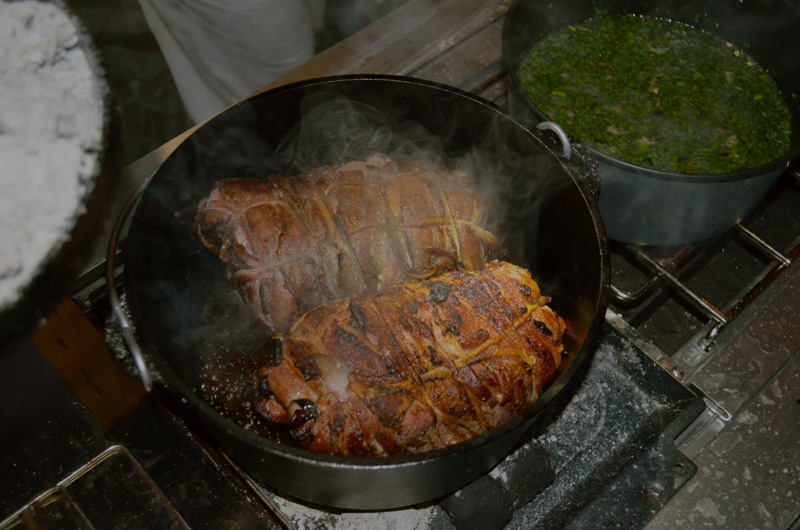 Each of the prepared roasts were seared on all sides and then placed in the dutch oven with enough coals moved from the bbq to box to set the temperature at approximately 350° F. The roast was rotated every 15 minutes and the temperature was checked with a meat thermometer until the meat was medium rare.

While the meat roasted, the rice was prepared in minimalist fashion since we were on the trail. Each of the vegetables were diced and sautéed in a garlic salt and pepper blend in olive oil and covered until ready to serve. 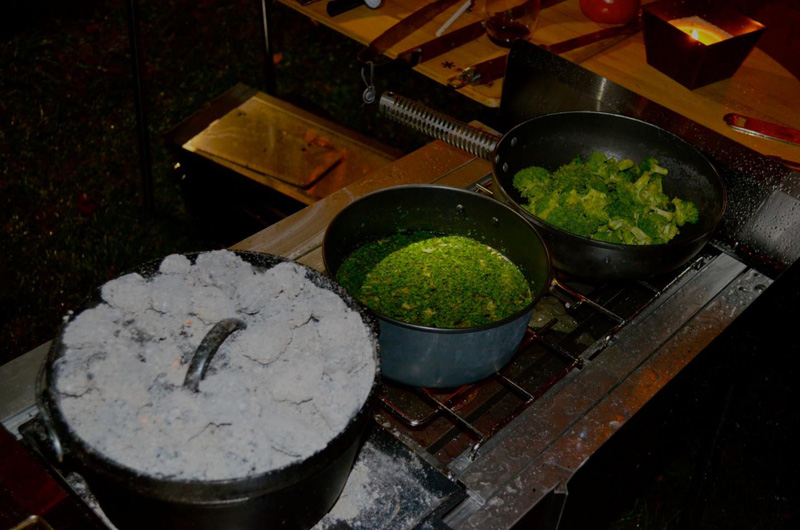 When the beef was at proper temperature we pulled it out of the oven and it was tented in foil to rest. Red wine (half a bottle or so) was then used to deglaze the dutch oven over high heat from the propane burner stove and the stock from the initial trimming was added and allowed to simmer, making a delicious Au jus. 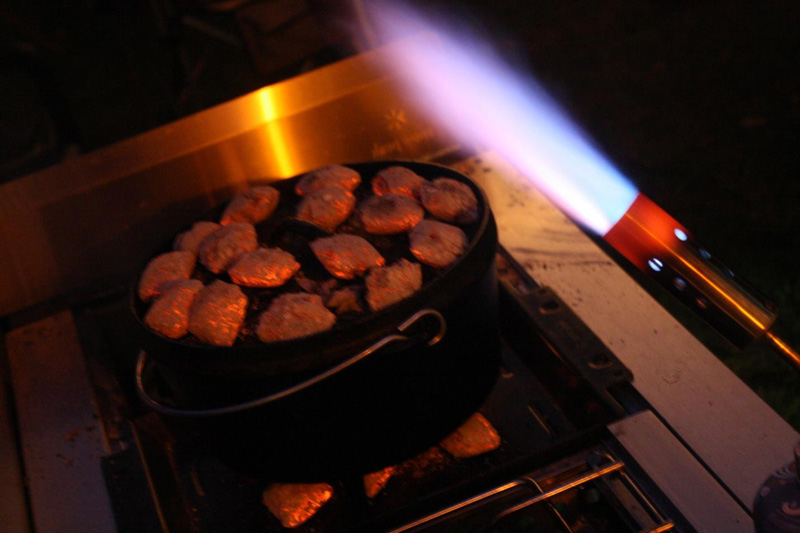 The meat was then sliced and veggies were served. I would love to say it was plated and presented to our guests but the meat was gone as quickly as it was sliced. To say the meal was “délicieux” would be an understatement. It was quick, easy to prepare, and was a fine culmination to a remarkable (albeit wet) time on the trails.

– Special thanks to 7 Bar Grille correspondents Clint Terrill and John Bailey, as well as Ben Edmonson of Equipt Expedition Outfitters, for their contributions to this article.