You are here :Home Jeep Adventure Jeepin' in Paradise

My wife and I were recently married and as newlyweds, we decided to honeymoon on the glorious islands of Hawaii. We visited three of the islands in the chain: Oahu, Kauai, and Maui. Each island offered us new and exciting experiences and plenty of picturesque scenery; however we still reminisce more about our stay on the island of Kauai.

Kauai is the oldest of the existing islands in the chain and boasts terrific scenery and countless thrilling adventures and activities. The interior of the island is mountainous and fairly inaccessible to humans. The wettest spot on Earth is found in the middle of the island at Mount Wa’ale’ale, which receives over 400 inches of rainfall a year! The northern and eastern parts of the island receive an abundance of rainfall which makes for areas that are very lush and packed with beautiful waterfalls. Many of these falls can be seen in the various Hollywood movies that have been made on the island. In opposite form, the southern and western sides of the island receive low rainfall totals and are considerably arid.

A little about Kauai: Kauai is known as the more adventurous island in the chain and is a favorite for anyone who really appreciates the outdoors. Some activities that may be found on the island include Sea Cave / Catamaran tours of the Napali coastline, plenty of great snorkeling and diving spots, ATV tours to remote areas, hiking, horseback riding, surfing, zip line tours, and an abundance of helicopter tours to choose from. We found that the helicopter tour was the best way to really see all of Kauai because many of the  islands’ magnificent features are inaccessible by car, boat, or even by foot. The tour was pricey (we toured with jack Harter Tours who did a fantastic job) but in retrospect, I think you would be hard pressed to find someone who didn’t find it to be money well spent.

Kauai also has more hiking trails than any of the other islands, many of which are found in Waimea Canyon. For an unparalleled adventure, there are trails that follow along the famous Napali coastline and these trails offer a chance to view the island’s beauty up close and personal. A hiker can expect to see jaw-dropping coastline views as well as majestic waterfalls. These trails are mainly for serious hikers and should not be taken lightly, so be prepared.

While on Kauai it was recommended that we should rent a four-wheel drive vehicle for exploration. The natural choice? A Jeep! I would highly suggest the same to anyone as Kauai has a lot of remote areas that are only accessible by dirt or sand roads. I would also suggest purchasing a guidebook for the island. We bought ‘The Ultimate Kauai Guidebook, Kauai Revealed’ because it had been highly recommended by two people we knew who had also visited the island. After using this guidebook, we know why it came highly recommended as it has a wealth of information that helped shape our trip. The authors do a fabulous job of outlining everything on the island from activities to food, lodging, recommended beaches, snorkeling spots, and key waterfalls of interest. 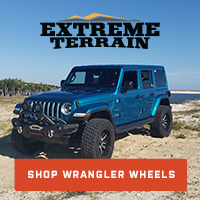